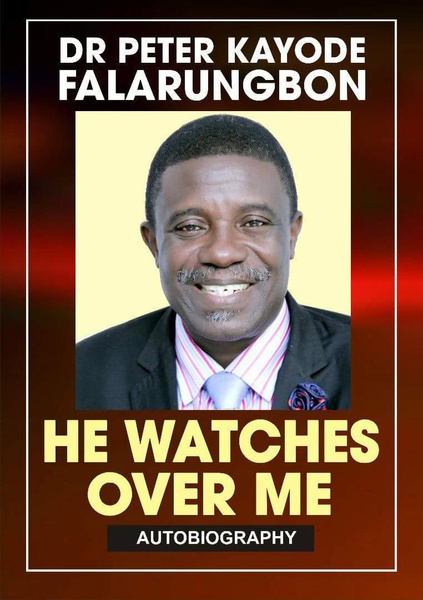 Mrs Tsotsoo Tawiah, a member of the Awakeners Chapel International at Alajo, in Accra, was full of praise last Sunday at the church when she testified to the glory of God that, after being barren for 16 years, the Lord answered her prayers and granted her heart’s desire with not just a baby but male twins.

Dr Peter Kayode Prays for Mrs Tsotsoo Tawiah, while the twins, James and John look on

Dr Peter Kayode Prays for Mrs Tsotsoo Tawiah, while the twins, James and John look on

Testifying in tears to the glory of God, Mrs Tawiah recounted some of the bitter experiences that she went through before finding the Awakeners Chapel International:

“My husband took to drinking for so many years due to my inability to conceive and that gave room for his family to say all sort of horrible things about my situation.

It got to a point where friends interfered in our marriage, asking me to divorce and leave my husband immediately, because they thought my husband was the problem since he was a drunkard.

I refused to take their advice and told them that I cannot divorce my husband and that I knew God’s time is the best.

We then decided to find a solution to the problem once and for all. We started combing and visiting native doctors, moving from Mallam to Mallam and from shrine to shrine.

We did not get any solution from anywhere and family members kept chastising me.

Because my husband loved me so much, he did not listen to them. They brainwashed him on several occasions to make up his mind about me but he did not heed their call.

It is against this background that a friend of mine directed me to the man of God, Dr Pastor Peter Kayode.

He prayed for me and asked me to be coming to church and my problems will be solved.

I recall that every time he calls me to pray for me, a clot of blood comes of me which I got to know that I was suffering from fibroid.

The prayers continued thereafter and after barely a month later I conceived.

When I told my husband I was pregnant he did not believe it because, to him, that was impossible.

But the only thing I told him was that to the Almighty God, who made the heavens and the earth, all things are possible.

My husband stopped drinking outright and I say to the glory of God that I am now a mother of male twins who I call James and John.

When I came to church and told Pastor Kayode that I was pregnant, he prophesied that I will give birth to twins.

I went to the hospital and I was told after a pregnancy scan that I had one boy in my womb but when I came back to church Pastor Kayode told me that the Doctors did see the babies well because they were twins.

Sign up and you will be the first to know the latest news, insider-only info, and more.